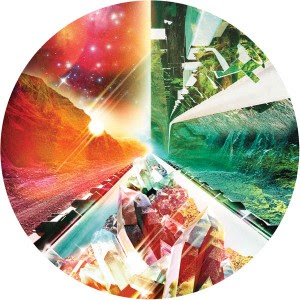 
The concept of climactic and chassis shaking is synonymous with Rayko. And his vision does not disappoint. It draws you in and layer by layer, this structurally more simplified midnight burner slowly but surely intensifies - through its reliance on chunky bass, trademark mid-point vocal introduction and heavy use of synths. It is both playful and a little bit naughty. Destination dance floor.

Time & Space Machine twist the grain and strip it back towards a more minimal mood with their inviting exploration. Whilst embracing the subtle elements of the original, this remix is quite transformational with its gracious representation and varying cultural influences. The clever use of vocal and instrumental interplay is particularly dreamy and enables the listener to feel as if this unfurls like sunrise. Atmosphere plus.

Greg Wilson personifies deep groove and his heady remix is all about its big, bad bass line. Opening with drum kicks that could send the neighbours into a tailspin, this is soon accompanied by flickering synths and haunting upper level harmonies. The chugging bass is complemented by the vocal introduction in the middle section and whilst grounding this somewhat, it also flies with an unmistakably sharp touch.

Rounding off this selection perfectly, Toby Tobias proves, once again, his capacity to take a track and make it his own with this stunning down-tempo remix. Tobias' interpretation offers an unassuming alternative. Seductive in its progression, it is a golden thread of lightness and beauty. The eloquently funky mood is enhanced by a more diverse selection of drums, gentle use of pads and trills. This is perfectly balanced with a waving bass line and a subtle, teasing vocal, ensuring that this is as smooth as silk and elegantly ethereal. 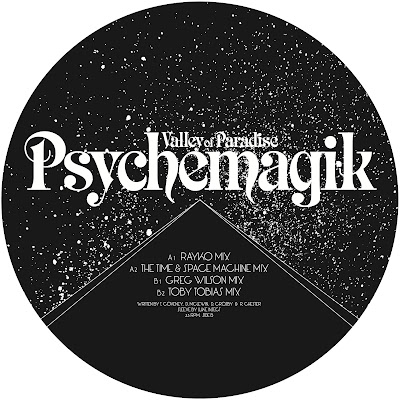 The Shoes 'Time To Work Video'

what a genius video! love jake!

Posted by www.rebelbutterfly.co.uk at 6:03 AM No comments:


“Tristesse Contemporaine is a Parisian trio: 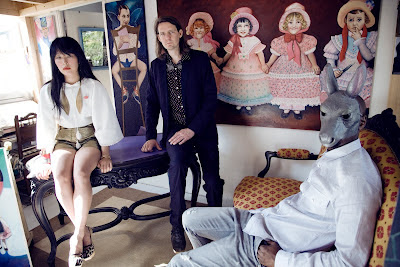 - Narumi was born in Tokyo, she began playing the piano at the age of 3 before entering the academy at 17. She started an all girl punk band at high school and covered songs by Staline (a famous Japanese band) and The Cure. As a fan of Godard and La Nouvelle Vague, Narumi came to Paris in 1994 to learn the French language and study fashion. She has worked for the music orientated media and for the Japanese gallery Poetry of Sex, as well as taking part in bands Suburbia (with Marc Collin), aswefall (with Léo Hellden) and Telepopmusic. It was on tour with the latter that she met Maik the singer. Screamadelica by Primal Scream is her favourite album.


- Léo Hellden grew up in the suburbs of Stockholm and was focused on a career as a hockey player before he started playing guitar at the age of 18. Three years later he became the guitarist of Jay Jay Johanson and recorded three albums (Tatoo, Poison, Antenna). On his way to London, he met a French woman and moved to Paris where he started aswefall with Clément, as well as studying economics. Léo often quotes Robin Guthrie from the Cocteau Twins as a decisive influence.

- Maik is from East London where his Jamaican family still live today. He is a fan of hip hop and started writing words after discovering Leonard Cohen (Maik hopes to equal him before he is 70). In the mid 90’s, he became the singer of Earthling after answering an advertisement in The NME. He recorded three albums including the cult trip hop album Radar. He took part in a project called Cuba, a group signed to 4AD, but the apocalyptic touring got the better of him. A French woman saved him and he followed her to Paris where he said : “If I had stayed in England, I would have died.”

Through friendship and compatibility, Narumi, Léo and Maik decided to start a band in 2009. They soon needed to record in order to back up their spontaneous ideas, their imagination and their powerful drafts. The demos resulting from their recording sessions were like nothing before although they were clearly inspired by the Talking Heads (Fear of Music), Young Marble Giant (Collossal Youth) and The Cure (17 seconds). Then they had to find a name. Whilst looking through an old bookshop, Léo came across a book called La tristesse contemporaine by Hippolyte Fierens Gevaert – a book on the main moral and intellectual movements of the 19th century. Tristesse Contemporaine was a French band of foreigners, a group of “back seat drivers” as they called themselves. Tristesse Contemporaine was a band of migrants, modern drifters.


Their first EP, ‘51 ways to leave your lover’, released by Danton Eeprom Fondation, was the sound matrix Tristesse Contemporaine developed and confident: minimal, airy, opiate, on the edge. Pilooski (Discodeine, Dirty Edits) has mixed their debut, self-titled, album, which will be released on Dirty, revealing the power of instant classics such as ‘In the Wake’, ‘Hierarchies’ or ‘I didn’t Know’, capturing the time to ignite.

With the stage as their best ally, Tristesse Contemporaine will be touring in the year 2012.” 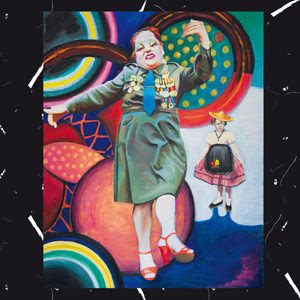 
Stacey Pullen is the Kosmik Messenger. An innovator from the second wave of Detroit techno, he grew up under the mentorship of Detroit's legendary three: Derrick May, Juan Atkins and Kevin Saunderson. Still continuing to produce his characteristic atmosphere laden electronic sound, Stacey Pullen compounds his reputation as a producer with that of being one of the world's most in demand DJs, playing weekly across the globe year in year out. With a font of passion for music and performance that never dries up, Stacey Pullen still plays every gig from the heart, seeking to surprise and engage, to provide an unforgettable experience, to offer his unique catalogue up without predictability, defying expectation. Above all, from his earliest attempts to the current day Stacey Pullen has stayed true to his one goal: to become and to always be an Innovator.

Pullen spent his formative years at the legendary The Music Institute in Detroit, learning from the likes of Alton Miller, Chez Damier and Derrick May. His first production experiences came through working with Kevin Saunderson on remix work. He released his first track proper on Derrick May’s experimental label Fragile in 1993 and his album debut ‘Theory Of Silent Phase’ was released on R&S / Transmat in 1994, under the name Silent Phase. He has also released on labels including Cadenza, Science/ Virgin,!K7, Saved, Elypsia and his own label Black Flag, under monikers including Bango, Black Odyssey, Graffiti, Kosmic Messenger and Silent Phase. 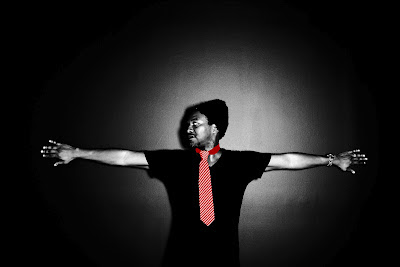 Now, Pullen is focusing on releasing on his own imprint Black Flag and is stepping up his production work in 2012:

About Circus "The track has a sample of one of my favourite tunes that I used to play when I first started DJing. I rediscovered it through a mixtape that radio Slave gave to me and thought I would give it a twist. Not knowing what the outcome was going to be, I was in the studio playing around with it and then it hit me, that this could be a really good track. Nic's the first person who came to mind when I thought who was going to remix this. By us working together for the past year and a half, collaborating on tracks, me remixing tracks on his label and playing B2B, we have established a musical bond that's strong.” – Stacey Pullen
www.staceypullen.com
www.blackflagrecordings.com
https://www.facebook.com/pages/Stacey-Pullen-official-page/234317730311
Posted by www.rebelbutterfly.co.uk at 6:44 AM No comments:

Posted by www.rebelbutterfly.co.uk at 5:28 AM No comments: 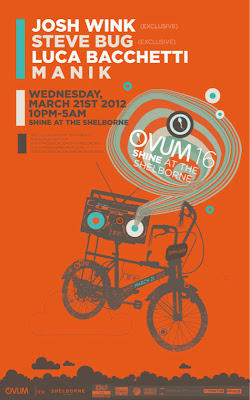 Posted by www.rebelbutterfly.co.uk at 2:58 AM No comments: