It’s not all about the techno…from Little Dragon to The Doors and Queens of the Stone Age, Anja Schneider curates an alternate Xmas playlist for Wonderland Magazine ahead of Found NYE in London

Click here to read more
Posted by Joe R at 11:46 AM No comments: Slam's 'Reverse Proceed' is DJ Broadcast's #3 album of the year

Give a vulnerable child the gift of Christmas

Give a vulnerable child the gift of Christmas
Posted by Joe R at 2:15 AM No comments:

Pulse's Top 30 Albums & Compilations Of 2014 including Apollonia and Carl Craig.. Your Love Will Set You Free (c2's Set U Free RMX) 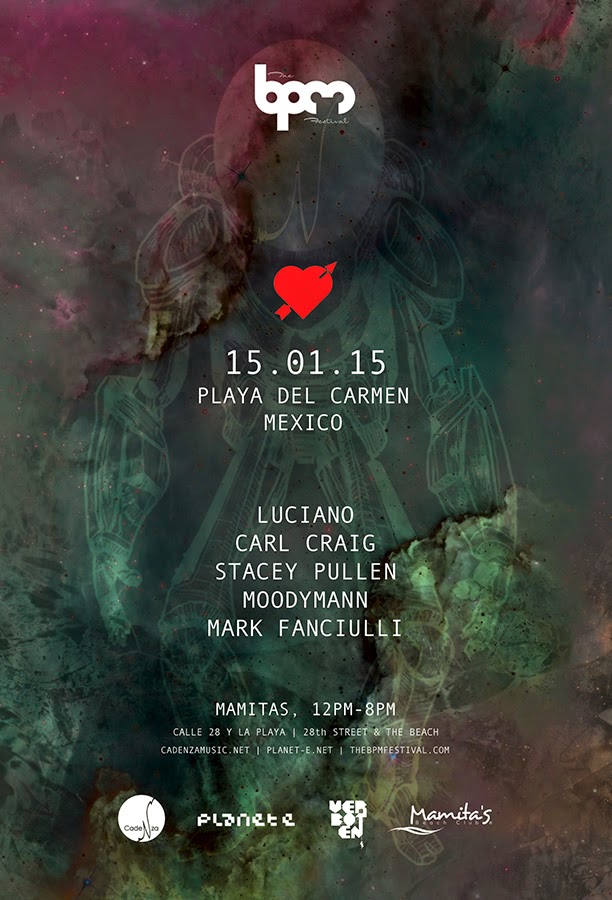 Not one, but TWO of Josh Wink's tracks included in DJ Mag UK's singles of the year 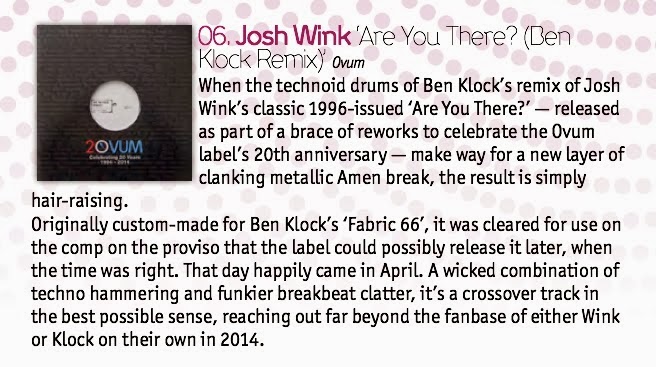 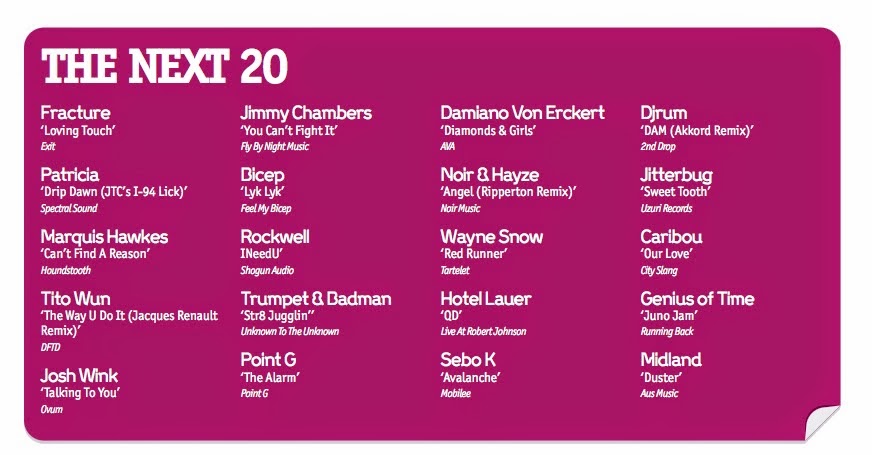 Mixmag premiers Anja Schneider’s ‘Jimmy’, the title track from her upcoming EP due 12 December on mobilee.

Marc Romboy - Sungam is Number #7 in most charted tracks in November on RA.

The 10 best moments in Scottish clubbing history, according to Slam 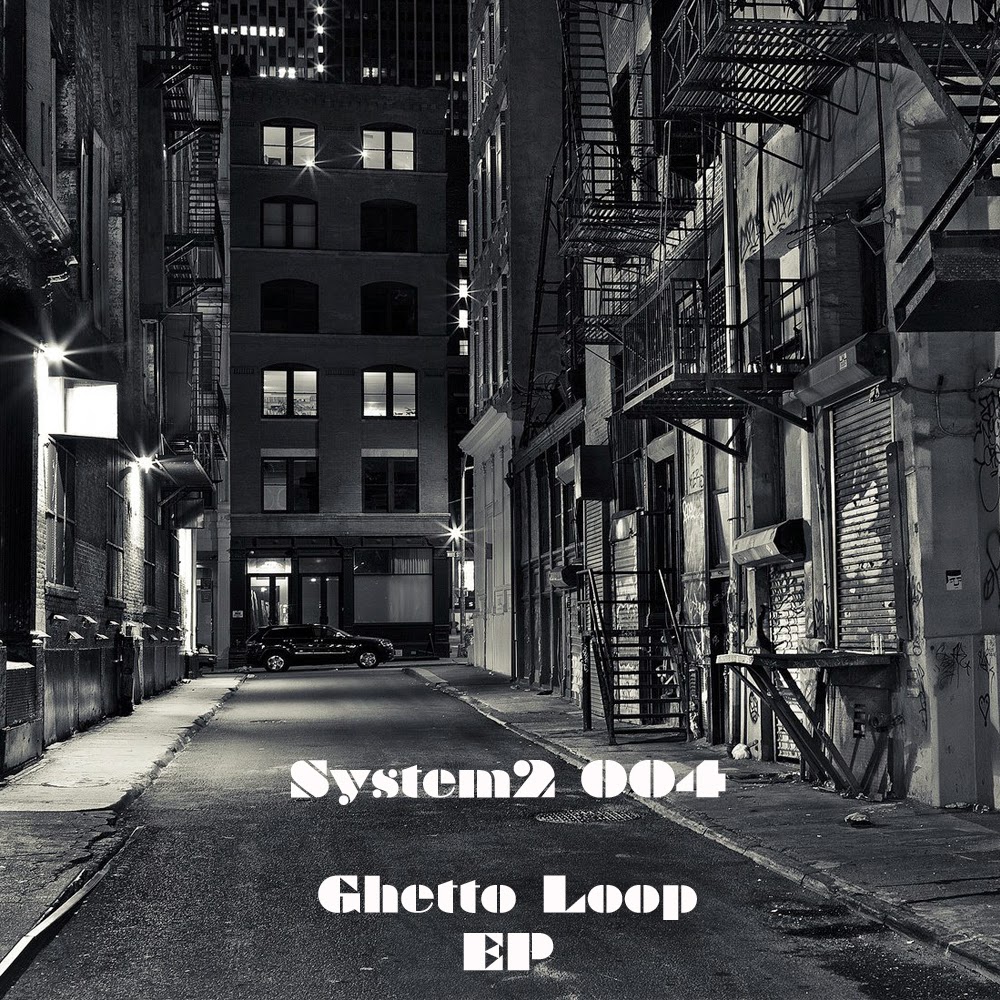 What a hectic summer it’s been for System2 boys Tez Hurst and Danny Hevingham. Not content with being signed to Steve Lawler’s legendary VIVa management agency and adopting a punishing tour schedule that’s taken them across the UK & Europe, they’ve also find time to churn out a veritable onslaught of killer EPs. Taking a look at the size of the tracklist in their latest effort, the ‘Ghetto Loop’ EP, you really do begin to wonder how they find the time to fit it all in…

Title track ‘Ghetto Loop’ sets the tone nicely for the EP, a peak-time jacking beast with pounding basslines and menacing siren wails. ‘Matic’ is on a similar tip, but with a more hypnotic, laid back slant, its subtle melodic breakdown collapses into a whirlpool of delayed vocal FX. In ‘Ready’, an addictive rhythmic drum groove sits over an assembly of bleeps, vocal chops, and a subtly pulsing sub.

The swung garage shuffle of ‘Mine’ is complemented by a huge swelling bass undertow, likely to put the sturdiest of soundsystems to the test. ‘Shady’, with its warm muted chords and glistening strings is an expertly crafted nod to the classic Chicago house sound which manages to avoid veering into the direction of pastiche. Rounding off this wonderfully versatile EP is ‘Ghost Train’, a cheeky Detroit-esque curveball with a throbbing low-end pulse and atmospheric, delay-drenched vocals orbiting in-and-out.

Techno legends Slam take over the 6 Mix tonight for two hours of musical influences new and old from 10pm GMT. 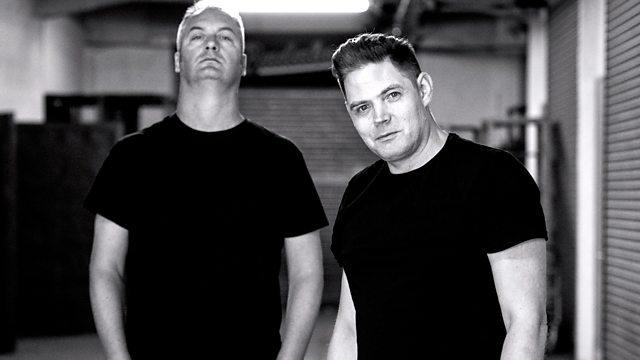 Ahead of Rex club this Saturday, Apollonia deliver a tour diary for Trax mag The man behind The Grid… One half of the influential Beyond The Wizards Sleeve with Erol Alkan… The Time And Space Machine’s, Richard Norris, joins Elite Music Management.
As a producer he has worked with Marc Almond, Robert Fripp, Billie Ray Martin, Jah Wobble, Sun Ra, Findlay Brown and many more. He has completed more than a hundred remixes; his recent mixes include Warpaint, Tame Impala, Jagwar Ma, Temples, Bryan Ferry, Cherry Ghost, DJ Harvey, The Chemical Brothers, Tracey Thorne, Goldfrapp, Midlake and Franz Ferdinand. He’s been shortlisted for DJ Magazine’s remix of the year 2010 and the BTWS mix of Midlake’s ‘Roscoe’ was featured in the top 50 remixes of all time by NME.
Richard has also enjoyed a long and varied DJ career. He has played many clubs, festivals and parties from Ibiza to Oslo, Warsaw to Tokyo. His style mixes Balearic beats, cosmic disco, basement jams and psychedelic gems.
Current projects include a forthcoming Balearic solo album and more BTWS re-animations. The Grid are working together on a collaborative album project with Robert Fripp. On a more analog/dancefloor tip, Richard has recently released an EP on Throne Of Blood and a track on Matt Walsh’s Clouded Vision, with more 12″s and mixes to follow.
For bookings contact darren@elitemm.co.uk
Check out Richard's new website here

CLick here to read more
Posted by Joe R at 11:28 AM No comments: CLick here to read more
Posted by Joe R at 11:27 AM No comments:

CLICK HERE TO READ MORE
Posted by Joe R at 7:23 AM No comments: 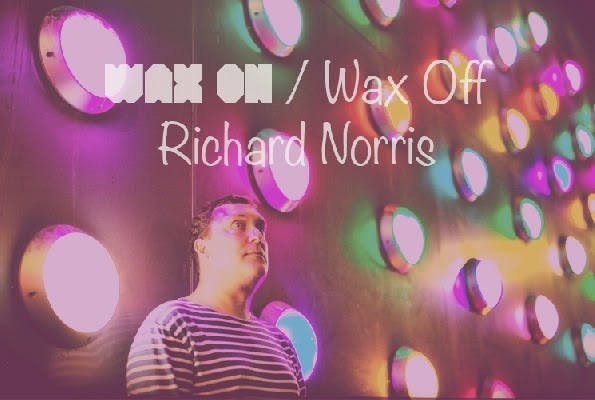 Ahead of his latest release, a re-working of Temples, 'Sun Restructured', Bodytonic spoke to Richard Norris about his mastering of the craft. 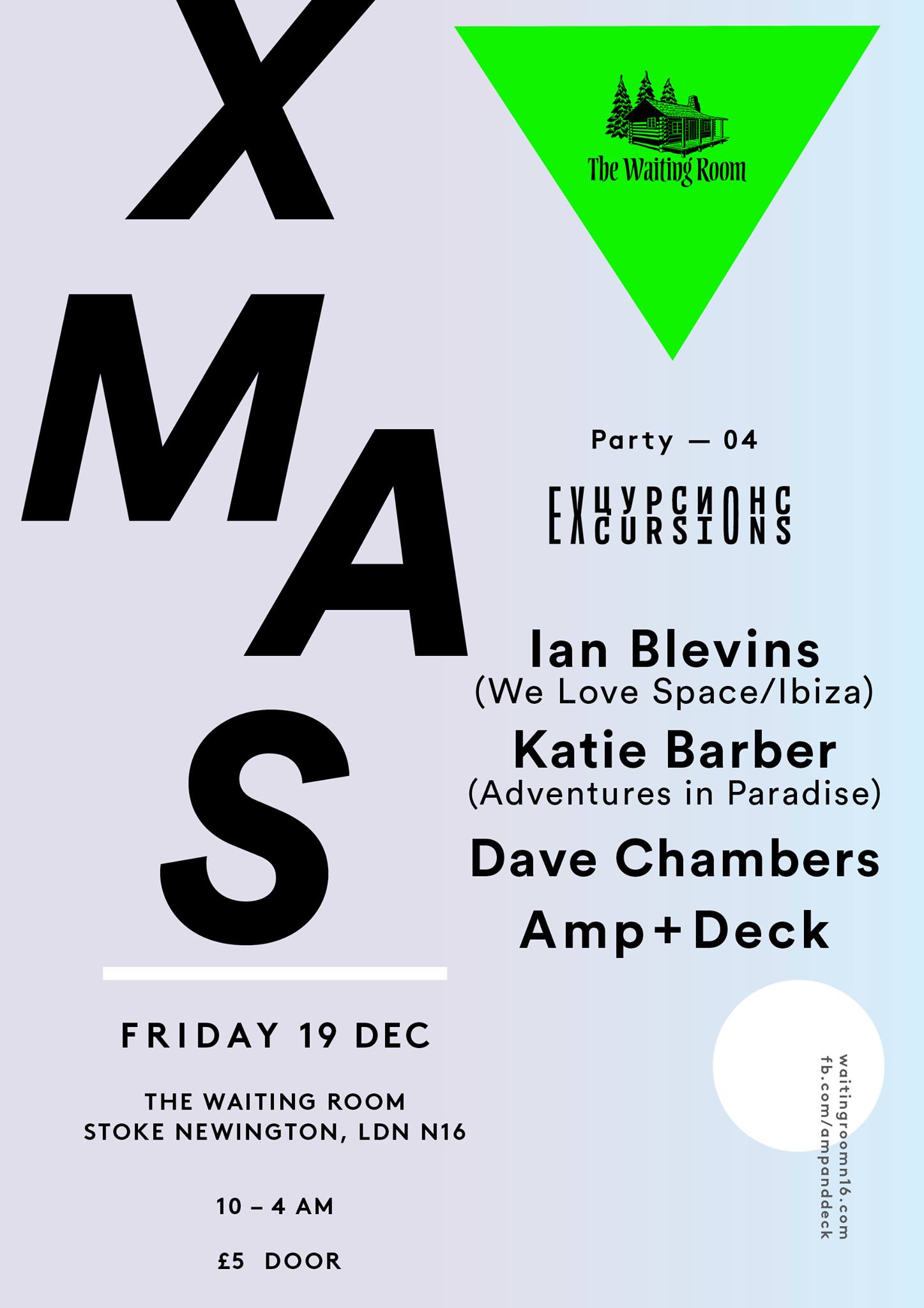 For our fourth and final Excursions party of 2014 we have enlisted the help of some our closet pals.
First up Ian Blevins, long time We Love Sundays at Space
resident haling from the north of England where he co runs the popular "That Old Chestnut" parties. Ian has been heading to Ibiza for the last 8 seasons to play at many of the Islands best parties, he is in town so we thought it best to get him down!
Our second guest is none other than Katie Barber, long time starlet of the scene, held down many a residencies including the Need to Soul parties, Inspiration Information with Phil Asher, Patrick Forge and London Legends, Faith. After co running the successful TBC parties Katie is now one half of Adventures In Paradise with Michelle Kelly, with a label about to drop, 'big tings are gwarn' for the girls.
Last but no means least we have another Space, Ibiza regular, Dave Chambers. A Manchester chap that has played all over the show, including Bugged Out, The End, Home in Australia to name a few. Now residing in London he's frequently spinning at the Star of Bethnal Green. It is a pleasure to have Dave onboard.
Party – 04
19th December 2014
Ian Blevins (We Love Space, Ibiza)
Katie Barber (Adventures In Paradise)
Dave Chambers
Amp+Deck
10 – 4am
£5 All Night / No Advanced Tickets /
Limited Numbers ONLY.

having a steve bug moment part one: remember this under his traffic signs moniker?

Attack Magazine introduces: Popof. Don't miss him at Cocoon in London this saturday!

Christian Burkhardt provides the latest mix for Cocoon. Don't miss him at Cocoon in London this saturday!

Click here to listen
Posted by Joe R at 3:49 AM No comments:

Click here to read more
Posted by Joe R at 6:06 AM No comments: 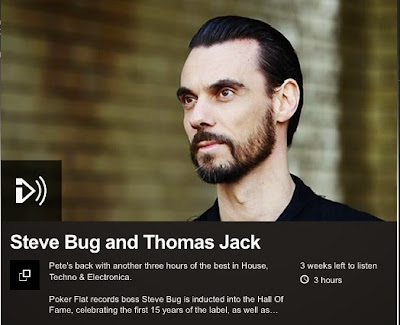 Posted by www.rebelbutterfly.co.uk at 9:41 AM No comments: 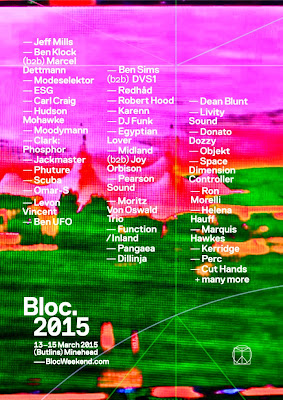 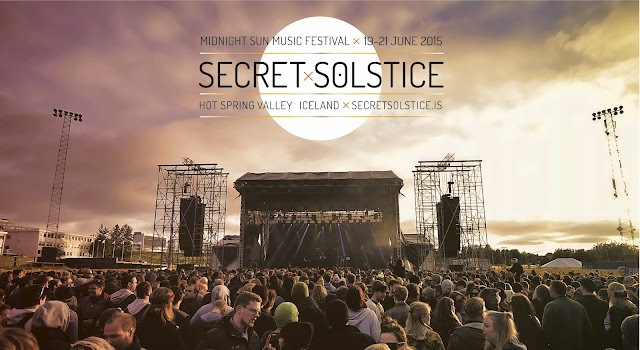 Posted by www.rebelbutterfly.co.uk at 6:15 AM No comments:

Josh Wink on rave culture, integrity and an underground state-of-mind

Posted by www.rebelbutterfly.co.uk at 5:55 AM No comments: During the busy ADE week, Orde and Stuart find time to sit down with DJ Broadcast’s Dan Cole to chat through their inspiring new album ‘Reverse Proceed’ while in Amsterdam.

The last stop for 2014 on our global Stay True Journey with Ballantine'sScotch Whisky is Hamburg, Germany, where we’ll be bringing together Carl Craig, Brandt Brauer Frick, Francesco Tristano and Gregor Schwellenbach to explore the creative intersection between classical and electronic music. Stay tuned to find out how you could be there. 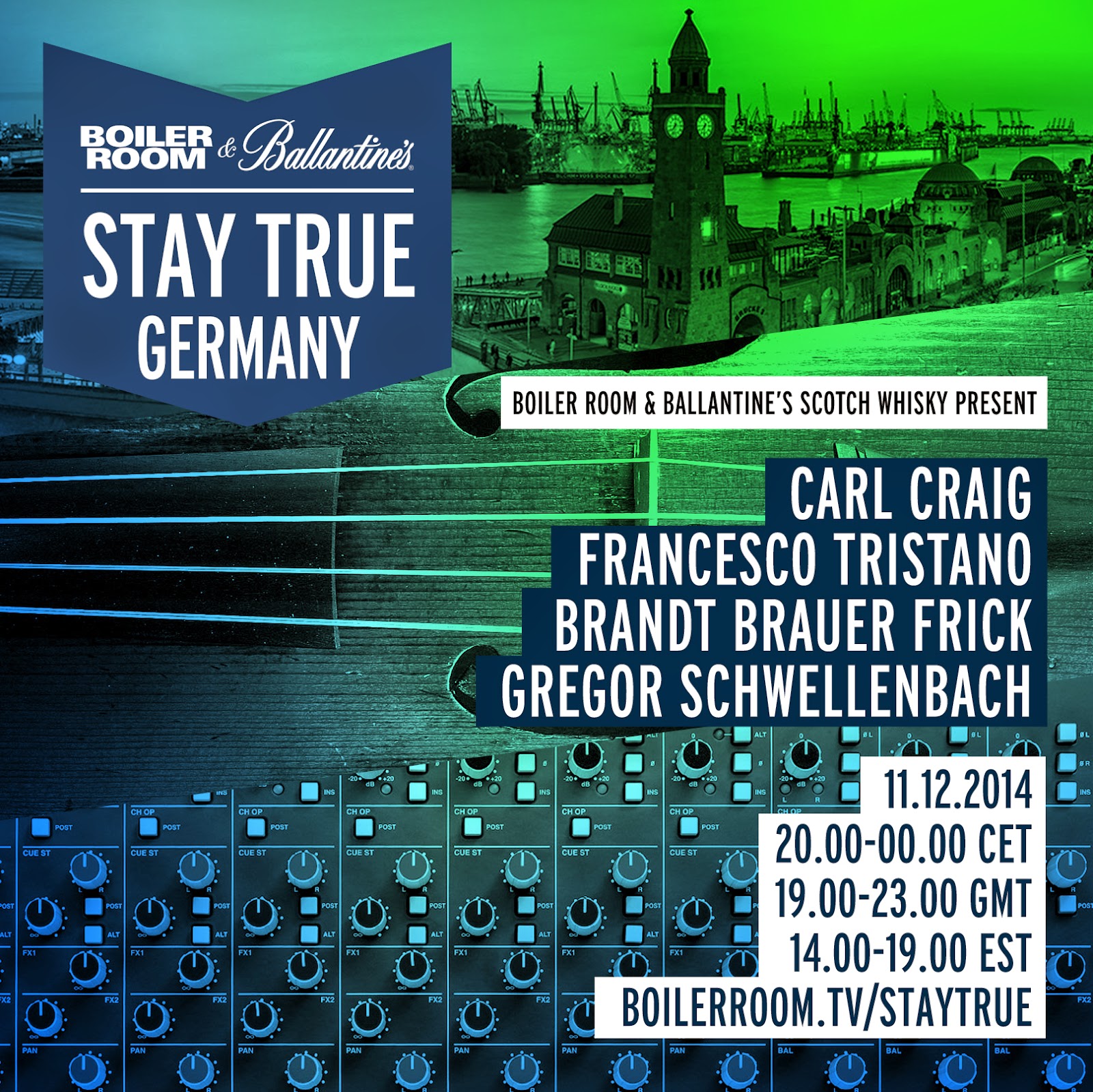 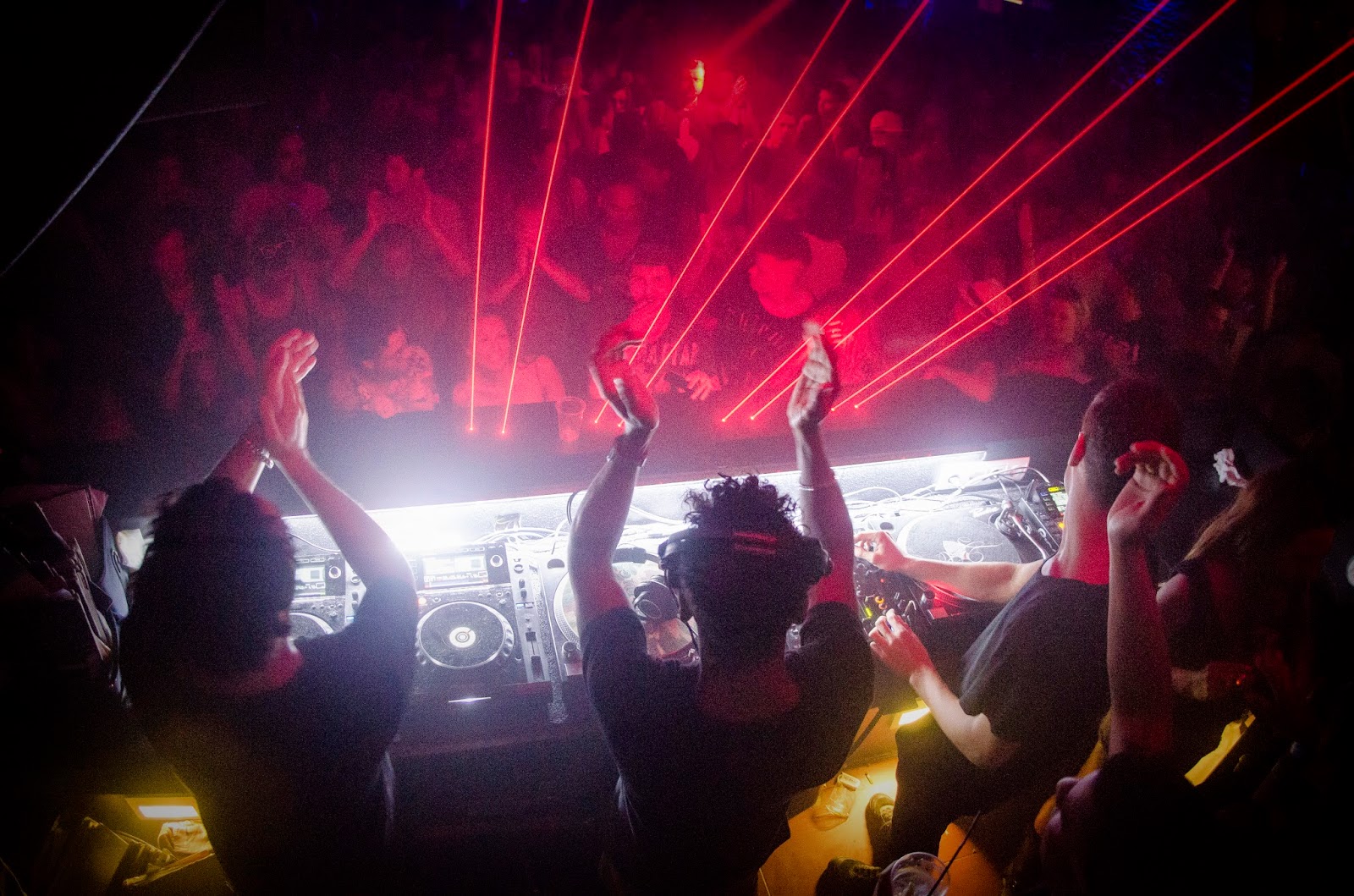 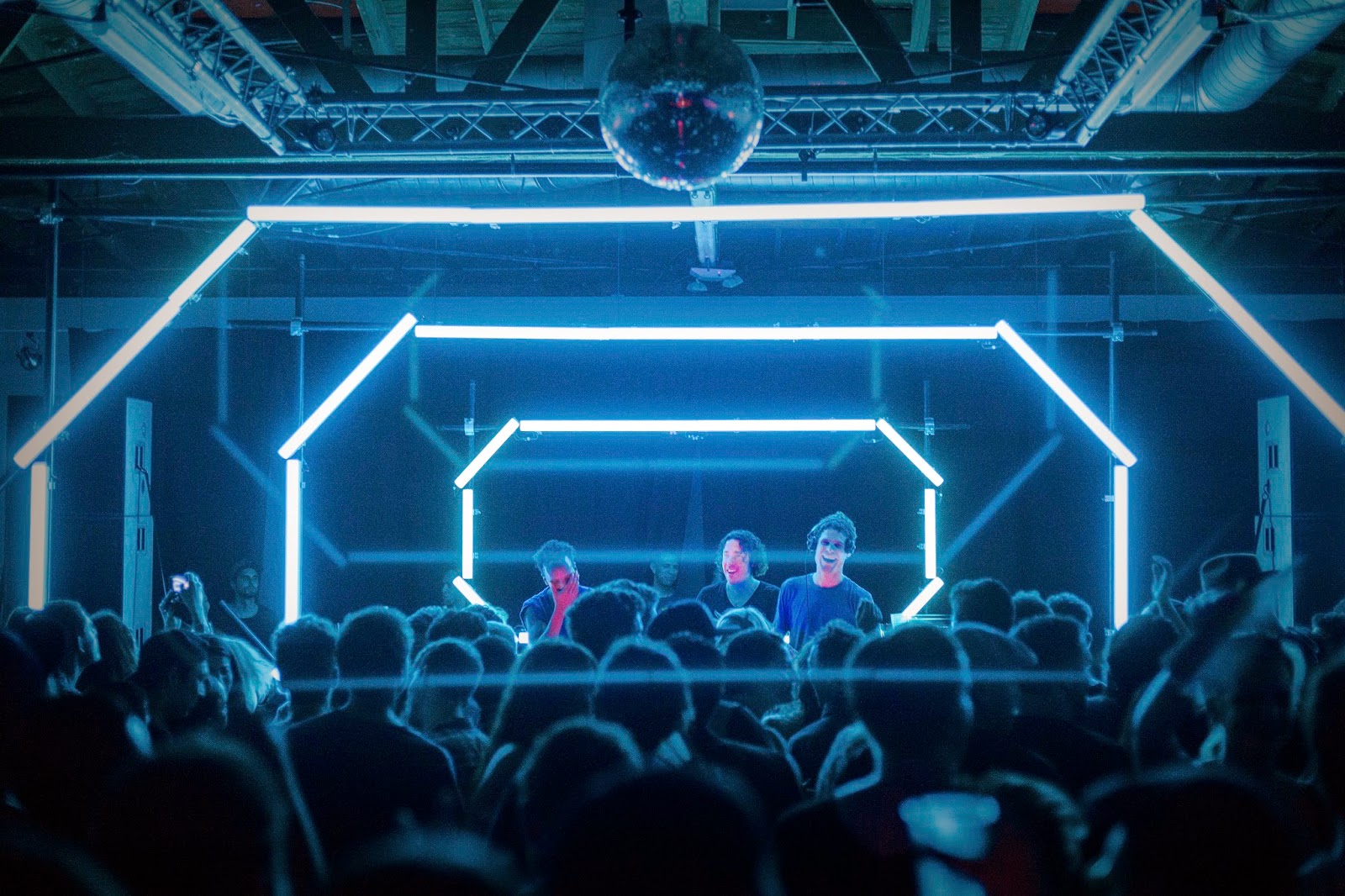 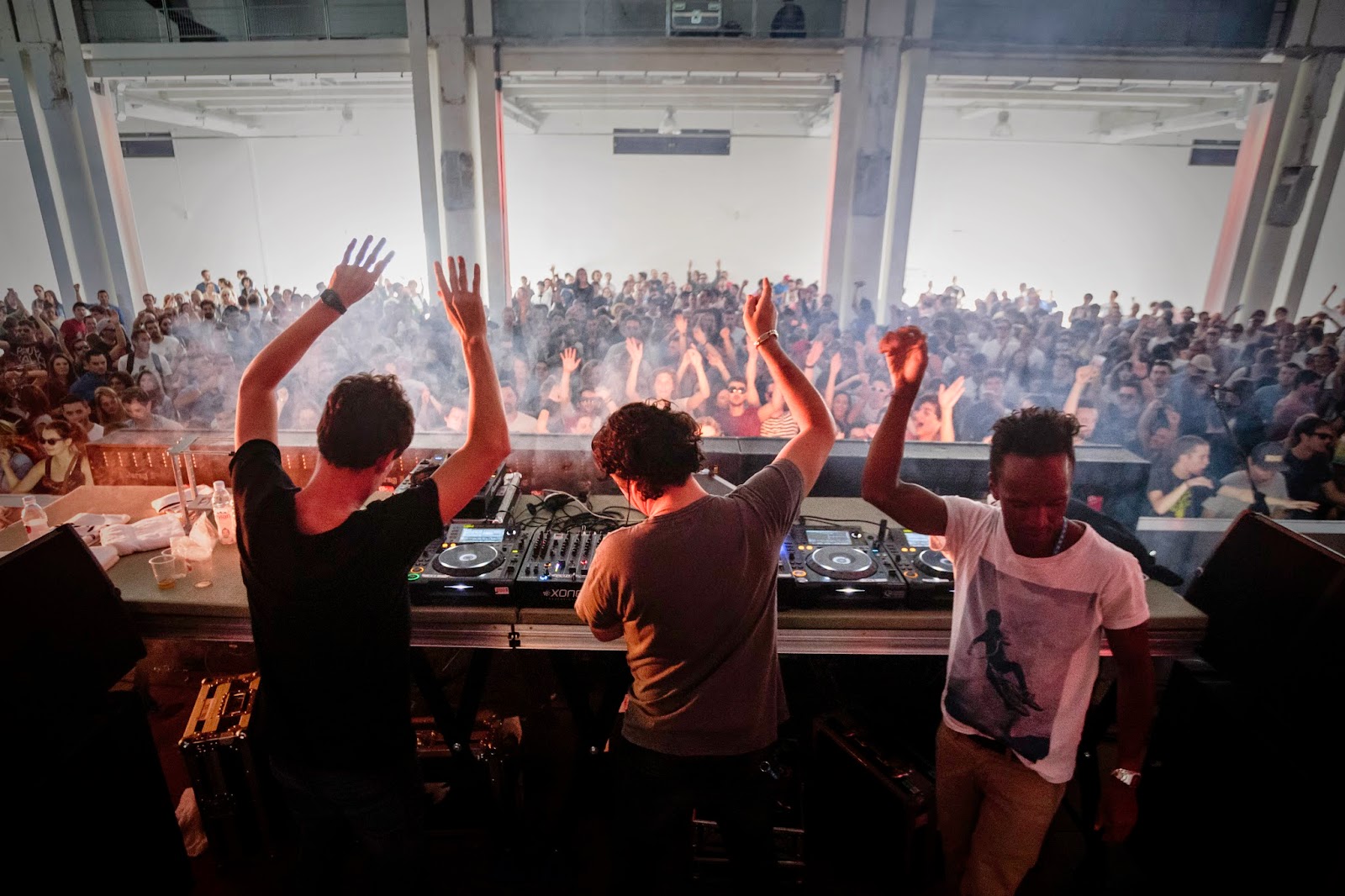 Posted by www.rebelbutterfly.co.uk at 5:26 AM No comments:

Weekend Weapons: Josh Wink’s 6 Tracks To Get Lost In 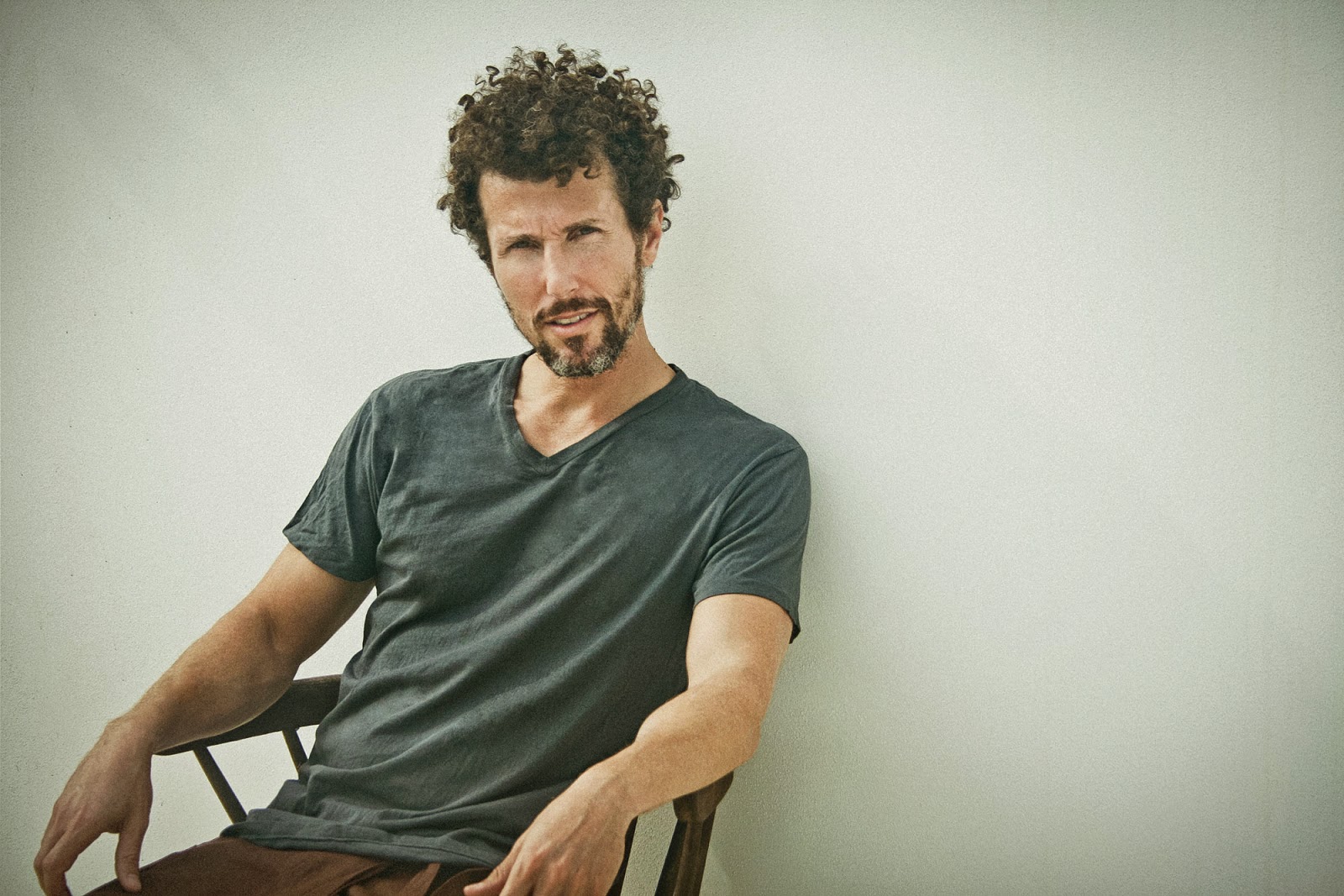