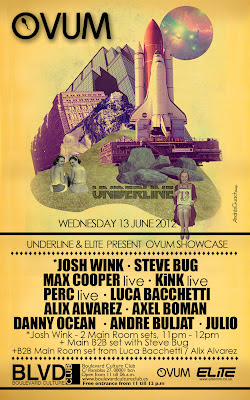 Posted by www.rebelbutterfly.co.uk at 6:22 AM No comments: 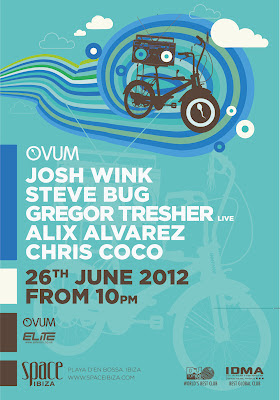 Posted by www.rebelbutterfly.co.uk at 10:48 AM No comments: Posted by www.rebelbutterfly.co.uk at 10:42 AM No comments:

Psycgemagik EP of the month in DJ Mag 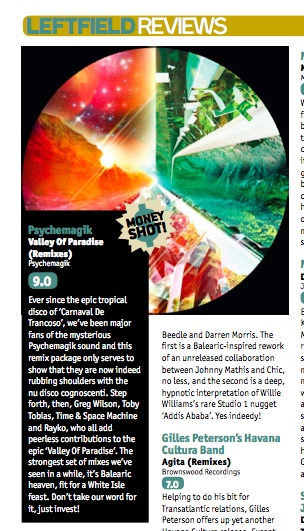 Posted by www.rebelbutterfly.co.uk at 9:35 AM No comments: 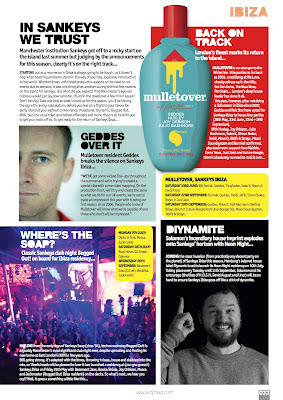 Posted by www.rebelbutterfly.co.uk at 8:59 AM No comments:

Carl Craig remix of the day

Posted by www.rebelbutterfly.co.uk at 8:27 AM No comments:

Posted by www.rebelbutterfly.co.uk at 1:43 AM No comments:

check out his performance from sankeys ibiza last night...


and check his music in general... he has got the sexiest sounds I have heard in a long time!

Posted by www.rebelbutterfly.co.uk at 12:44 AM No comments:

Huxley interview with the ransom note

Ahead of their dates at Sankeys Ibiza - tomorrow 24th May and 8th August:

Posted by www.rebelbutterfly.co.uk at 9:15 AM No comments:

ahead of the London Ovum showcase on June 16th.
www.joshwink.com 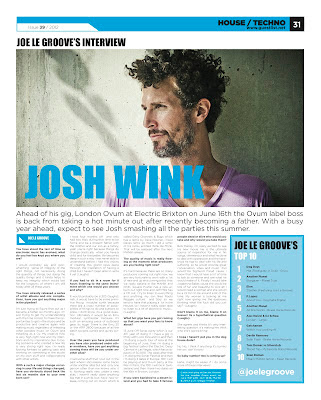 Posted by www.rebelbutterfly.co.uk at 8:40 AM No comments: 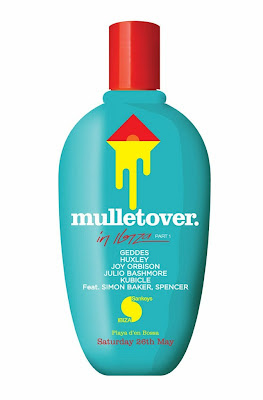 The mulletover Ibiza hiatus is off!

mulletover return to the white isle and this time they're at the incredible new Sankeys space in Play D'en Bossa, for a series of summer events…

Check below for some musical goodies for you:

And Geddes interview with Ibiza Voice ahead of the season:
http://www.ibiza-voice.com/story/news/4036

“We're really excited to be returning to Ibiza after a few seasons sabbatical from the white isle. We'd been waiting for a suitable legal venue to call home, as one of our last illegal parties resulted in Rob Star spending the night in the cells with the Guardia Civil, something we were obviously keen to avoid again!! So when Sankeys opened last year, we instantly knew it would work for us: an intimate space with a great sound system, perfect for the underground line-ups that have become our trademark over the years. No need to rely on big names to fill the club, so we can concentrate on being the place where people who are passionate about their music can come and rave. We will always remember the amazing times we had as residents for We Love at Space in 2006 and the infamous outdoor parties we threw in 2007, but now it's time for the next chapter and we can't wait...” - mulletover

Line-ups for mulletover Ibiza 2012 as follows:

Kyle Hall guide to Detroit - ahead of Movement


Carls Davis_ “Last Decade” is a series of ideas and demos exercised by Carl Craig. All six tracks are from a recently rediscovered collection in their conceptual stage. The back-story to this special vinyl sneak peek is during the time of the original recordings Carl was putting together tracks with the idea that he would revisit them for further development. Fast forwarding to the present day Carl really felt that they’re actually more interesting as they were, but still a bit disjointed from branding to a familiar name. 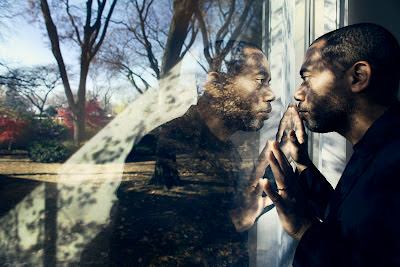 One of Carls approaches for drawing inspiration is always going back to old DAT's and masters that he’s done years before. Walking back through the material gives Carl a renewed perspective of what its fate will be. One particular track in its early stages could reflect the next Tres Demented or another one could be the making of Paperclip People, or whatever pseudonym he was using at the time. And whenever it would be more inspirational to start a new one then it made things more interesting.
This process is in some part how Planet-E was founded; making new names for new musical ideas, whether it was "Innerzone Orchestra" or even one-off names used like "Piece" or even "Lotion" from 'Intergalactic Beats.'

When Carl recently went back to the specific tracks to be used for this project and listened to them for the first time in years, it was a visceral experience. So in the sense of these selections for "Last Decade," some of the pieces are heavily edited. In order to properly present this as vinyl to the fans, Carl was obliged to extend some that were very short, and painstakingly necessary to cut down some that was very long. Please keep in mind the origins were all just sketches. So he went back and edited them into the form you hear them in now. Plenty of samples were used, as well as an MPC, which was preferred gear used much at the time. The synth was the Alesis A6 Andromeda, maybe a little Pro-1 here and there, too. It's all a little taste of what Carl was up to in the last decade!

Stacey Pullen interview ahead of Movement

David Bowie song of the day

Posted by www.rebelbutterfly.co.uk at 4:49 AM No comments:

well done ali love and luca c aka Infinity Ink.
'pump and get high" i love that Ali has finally got to rap!

Posted by www.rebelbutterfly.co.uk at 3:31 AM No comments:

Let the summer begin…
Sankeys Ibiza opens its doors for the summer season 2012 on Thursday May 24th for a packed week of parties including Sankeys’ raucous head-night Carnival, Bugged Out!, mulletover, Fuse and  Kaluki & Krankbrother.
For Sankeys second season on the island, the line-ups are bigger, the parties are better, and everything is in place for a next-level season… 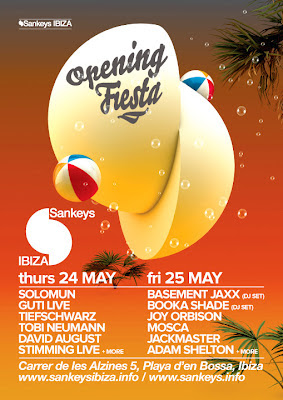 Sankeys Ibiza will then re-open on June 20th, ready for a full-on summer.

Posted by www.rebelbutterfly.co.uk at 2:58 AM No comments:

see here!
http://www.mixmag.net/events/mixmag-events/carl-craig-october-19
Posted by www.rebelbutterfly.co.uk at 2:19 AM No comments:

Alleys of your mind

ask any true detroit head and they will name this as one of their inspirations.
i wasnt even born when this came out! viva electronic music

Posted by www.rebelbutterfly.co.uk at 2:04 AM No comments:

Stacey Pullen interview on Pete Tong ahead of Movement

and check here for the Movement 2012 line-up: www.movement.us
Posted by www.rebelbutterfly.co.uk at 1:51 AM No comments:

wow, i will always remember how i loved Donna summer when I first got into dance music.

I Feel Love... thanks Darren Emerson, who I used to make play this every party down at The End :)


thank you for the music!

x
Posted by www.rebelbutterfly.co.uk at 10:37 AM No comments: 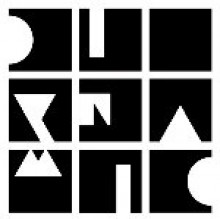 One of the hottest labels to come out of Hamburg DE is coming to Ibiza for the first time, and they are bringing the lights…

Check the excellent promo video from the label here:

- An idea of what to expect…

"Although Sankeys Ibiza opened last year, this year is for me the real beginning with all these good promoters who are now working with the club. Because of the size and atmosphere of the club, plus the pricing policy, we thought it fits very well. We've heard about a lot of new changes this year and we feel our night can also be a good sign for a new fresh wind and direction on the island." - Solomun 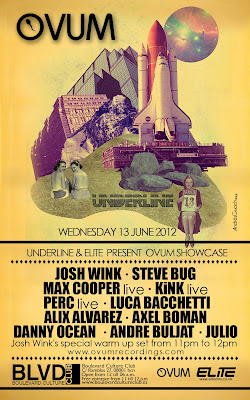 Ovum returns to (Off) Sonar on Wednesday June 13th

Ovum’s favourite artists and friends will celebrate the opening of Sonar week on Wednesday June 13th… In Room 1, long-time friends and collaborators Josh Wink and Steve Bug will go back2back (for many, one of the Miami WMC highlights was their back2back set at Shine), alongside Ovum artists Luca Bacchetti and Alix Alvarex back2back and Axel Boman, whose remix of Agraric Projects ‘No Way I Know I Feel’ was one of Ovum’s highlights of 2011.  In Room 2, Wink will open the first hour for a special warm-up set ahead of his main room set later on, followed by Perc live, Max Cooper live, KiNK live and Andre Buljat, completing the tightly packed line-up of electronic talent. 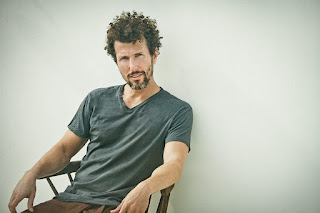 “ Excited to be hosting our 4th Annual Ovum party in Barcelona during Sonar week. It has gained a reputation of being "The" party to attend to welcome in the Sonar festival, which I feel very happy about. We are proud this year to continue this new tradition and present another amazing and diverse Ovum line up from the label: Steve Bug, Gregor Tresher, Luca Bacchetti, Kink, Perc, Axel Boman & Myself! That's what I'm talking about!  I hear a lot of people fly in a day early just to make our party, which makes me happy and I look forward to presenting, representing and having another party go off!” – Josh Wink

Ovum releases coming up:
M A N I K ‘I Got Us’ EP Dirty Channels & Buggsy feat Amina ‘Alone’ with Pezzner and Wink remixes, and a new EP from Nico Lahs

Time And Space Machine review on the Quietus 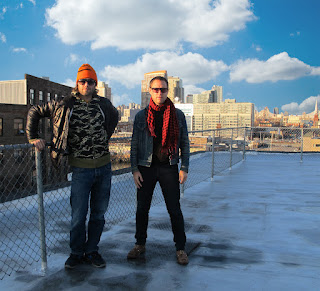 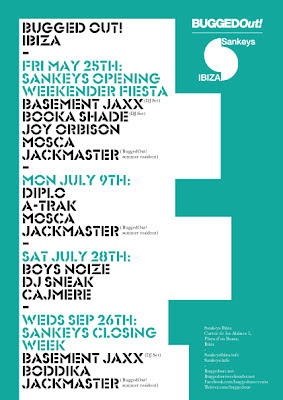 Bugged Out! return to Ibiza, this time for a four-part residency at Sankeys Ibiza – the newest club on the white isle.
Massive line-ups are confirmed at the intimate but impressive space of Sankeys in Playa d’en Bossa…

Bugged Out are part of the club's opening weekend fiesta on Friday May 25th, with South London legends Basement Jaxx Djing alongside German house duo Booka Shade. Representing the UK, in the second room are Mosca and Joy Orbison with the Bugged Out summer resident Jackmaster. 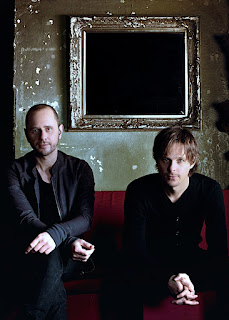 The second Bugged Out date falls on Monday July 9th with global dance titans Diplo and A-Trak, who will just have released their version of Michael Jackson's ‘Bad’ that month, again joined by Mosca and Jackmaster. 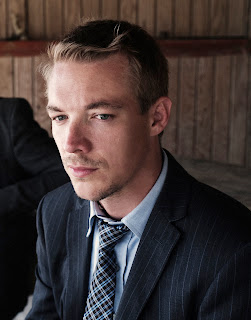 On Saturday July 28th Bugged Out favourite Boys Noize comes to the island to host the Bugged Out room with Carnival featuring DJ Sneak and Cajmere. 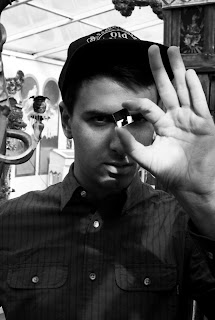 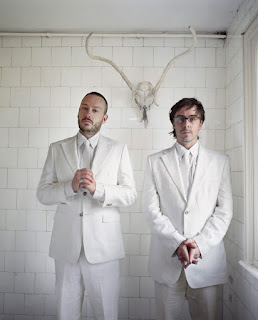 “Bugged Out can't wait to host parties at the new Sankeys in Ibiza. The club night started at Sankeys back in 1994 so it's always been a spiritual home for us, and I imagine they'll have more sun in Playa d'en Bossa than Ancoats! We're working with both legendary acts and rising stars on our dates. See you in the sun, then on the ‘floor. ”  - Bugged Out! 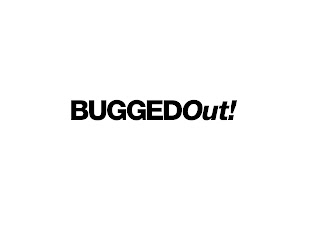